The Second Kind of Impossible: The Extraordinary Quest for a New Form of Matter

Quasicrystals are exotic forms of matter with symmetries that were once thought to be mathematically impossible.  The first known examples were synthesized in the laboratory over 35 years ago, but could Nature have beaten us to the punch?  In this talk he will describe the decades-long search to answer this question, resulting in one of the strangest scientific stories you are ever likely to hear.

Steinhardt’s research spans problems in particle physics, astrophysics, cosmology and condensed matter physics. He is one of the original architects of the inflationary model, an important modification of the standard big bang picture that explains the large-scale homogeneity, geometry and structure of the universe. He was also among the first to show that quantum fluctuations combined with inflation can generate a nearly scale-invariant spectrum of density variations; and, then, extending these ideas, he was the first to demonstrate that inflation can be eternal, the result of which is the multiverse. Steinhardt introduced the concept of “quintessence,’’ a dynamical form of dark energy that may account for the recently discovered cosmic acceleration. He has also introduced novel models for dark matter, including self-interacting dark matter (SIDM). 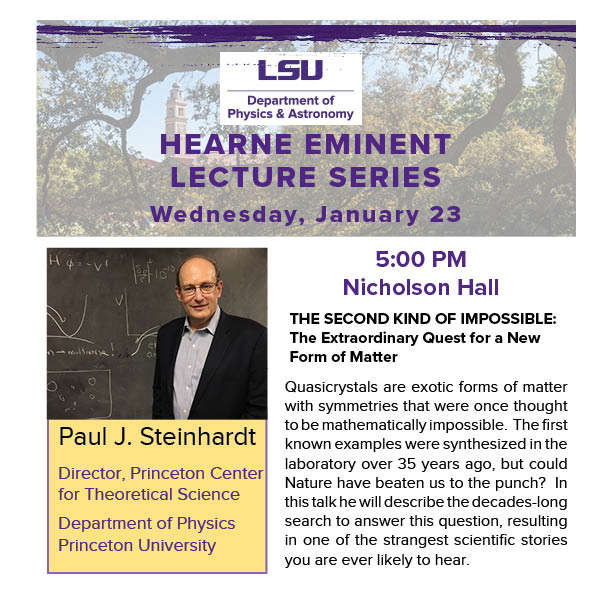